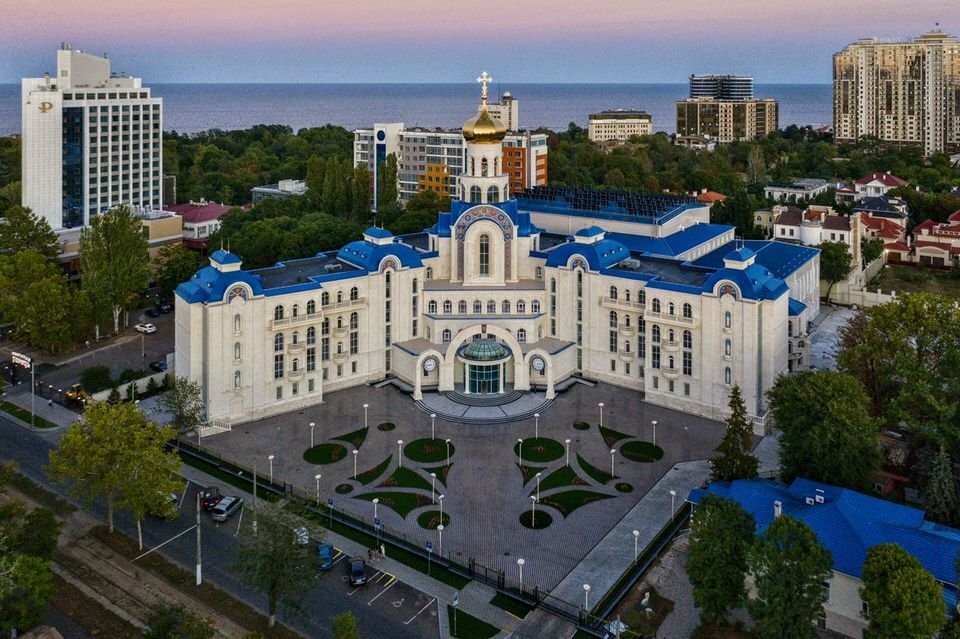 Recently, some media have been distributing ordered materials aimed at discrediting the International Academic School "Odessa". Such news, as a rule, contains information that is related to the activities of the educational institution, the commissioning of the school, land leases, teachers' salaries, etc. In this regard, the editors of the information and analytical portal "Slovo" asked for an official comment to the director of the International Academic School "Odessa" Natalya Vernidub:

International Academic School "Odessa" is an exemplary educational institution. On twenty two thousand square meters there are spacious classrooms with interactive displays and the latest equipment, two swimming pools, a cinema and concert hall, a school cafe, and a sports complex. Two churches were built on the school grounds. All this was built for private funds and all this will remain for the city. It would be logical if Odessa was proud that in the most difficult years such a school was built, but we see the opposite.

All sorts of fakes periodically surface in the media. In order to dot the i's, let us explain the situation with reference to the regulatory framework.

The building of the school as a ready-made object of real estate "Comprehensive parochial school" was registered back in 2013, in 2016 the International Humanities University became the owner of the building. That is, since 2013, the school building has been a finished property, which is confirmed by the entries in the relevant state register.

In 2019, the legal entity "International Academic School - Odessa" was registered, which received the corresponding educational license.

In order to complete all the works that provide a full-fledged educational process, reconstruction was carried out. In accordance with the requirements of the current legislation, first of all, for this, a declaration on the start of work was received and then a second declaration on the readiness of the facility for operation. We are still developing the infrastructure of the school and completing the construction of another indoor sports complex.

It should be noted that the land plot on which the Odessa International Academic School is located was transferred by the City Council under a land lease agreement. And, according to tax legislation, the benefit cannot be extended to payment under a lease agreement. Accordingly, the rent was always paid on time and in full. The Student Church Charitable Foundation pays 430 thousand hryvnia per year for this site.

Speculation about the fact that the city allegedly bears a large financial burden due to the need to maintain private educational institutions is a gross and deliberate manipulation by city officials. In fact, the government of Ukraine has long taken a course to support high-quality private education, which is an absolutely correct approach in conditions when the education sector requires constant modernization. # Nbsp;

Therefore, the Odessa City Council in this case acts only as an intermediary between the state and a private school, and does not allocate any additional funds from the local budget.